Pro cycling is where my interest started, watching the 1996 Tour de France.

Since then I’ve watched a lot of it, have my favourite riders and teams and can have a reasonable go at predicting results.

I try and write as many race previews as I can to help with fantasy teams and give information to those interested. Particularly with women’s racing too.

You can read all my posts on pro cycling below – always let me know if you think my predictions are wildly off! 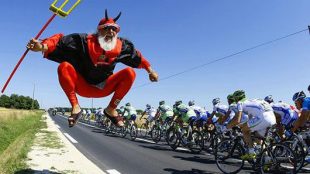 Didi the Devil is almost an integral part of the Tour de France. Especially for those of us who watched the [...]

2015 version here! Omloop Het Nieuwsblad The Spring is here! At least in cycling terms that is… Omloop [...]

Unless you somehow missed it, anyone remotely into cycling will have noticed the media storm surrounding [...]