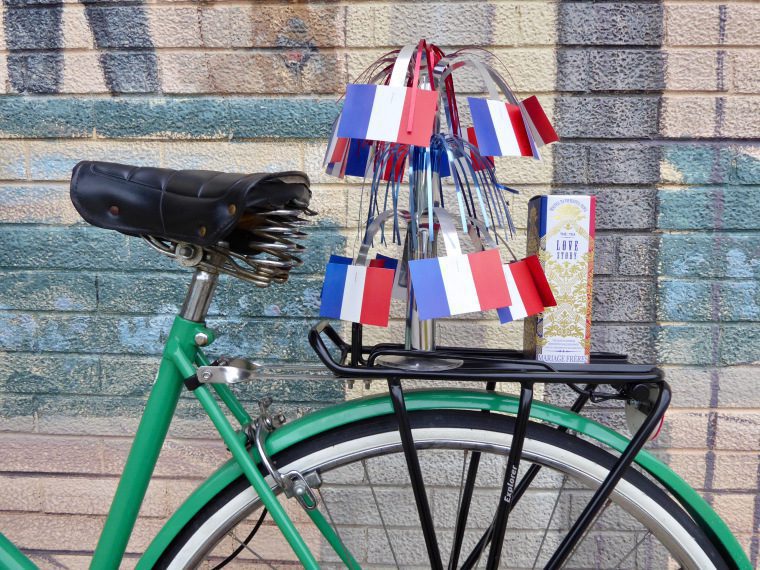 It’s been brought to my attention that I’ve neglected to write-up my experience of cycling in France this Summer. Something I shall attempt to rectify now…

I stayed with my grandparents in a gîte on top of a hill overlooking the town of Figeac in the central part of Southern France. Figeac is a fair way from most of the usual British tourist trail and is a good place to see the real day-to-day France without all the usual tourist traps.

The first day after – my bike, I went straight out and did a 40-mile ride heading out of Figeac and coming back up through the Lot valley. Turns out this part of France is hillier than I thought looking on the map, but the valleys are flat and allow you to pick up a lot of speed whilst looking at the cliffs above.

Getting a feel for the area, the next day I went for a long ride over 100km heading southwards. Out of Capdenac was a climb that the Tour de France had been up, with a couple of mountain points given at the summit. It wound its way upwards with a couple of hairpins, but the steady gradient meant it was easy to stick to a rhythm.

I learnt the perils of choosing a route from Google maps and no local knowledge as I ended up committed to going down a bumpy, rocky, quarry road for a couple of miles (no punctures!) until turning off. It was here I was caught and overtaken by someone who turned out to be the local Strava king, I tried to stay with him on the next climb but he was definitely a level or two classes above me.

Arriving into the Central France towns of Limogne and Cajarc at lunchtime, my expected water top-up stops were closed and the rest of the ride became a pure survival, crazed search for a source of water. Riding back up the same valley as the day before, the river was right alongside but the banks were far too steep to fill up the bottle and it was about 15 miles later before I found a steady trickle of water pouring out of a rock face.

The water was subjected to two rigorous tests for potability, did it look right and did it smell right? Letting the bottle fill, the water was perfect, absolutely crystal clear and chilled from its time underground. A miracle find that got me home!

The main route I’d been eyeing up was the chance to do a proper mountain in France. Figeac is just off the bottom corner of the Massif Central but a train journey to Aurillac got me within striking distance of Le Puy Mary, a well-known dormant volcano and the highest road pass in the Massif Central region.

The pass has featured in the Tour de France 9 times, with French favourite Thomas Voeckler being first over the top the last time it visited in 2011. It seems to be a favourite of King of the Mountain jersey winners as those cresting the top first have won 20 winners jerseys over the years, dished out between Voeckler, Virenque, Van Impe and Bahamontes (who ruins the alliteration).

The climb takes you slowly and gently up the valley for around 6 miles before finally taking a left into the trees to begin the climb. There aren’t too many views from this side as generally, you’re climbing up and out of the dead-end of the valley, if you’re brave enough to look behind you then you can see where you’ve come from.

I saw no-one going the same way as me up the climb but plenty going down (there was a reason for this which became clear…) and those going down were heading downwards at a fair rate. Some of the parts among the trees were steep but the climb itself was manageable once into a rhythm and with no-one else around it was easy to set a comfortable pace without feeling like racing. I thought I’d see many more cyclists in France!

Once up and out of the trees, you were now heading back on yourself, just higher up. The view was there to see but the summit itself was still elusive, tucked just over the ridge. There were now plenty of parked cars by the side of the road, the summit must be close. One final hairpin and it was a steady 1-2% gradient to the café at the summit of the pass – I sprinted it to get it over with.

Photos were taken and lots of looking carefully over the edge of the roadside, then the black clouds were spotted. Making a snap decision to try to descend as much as possible before the rain came in, I made it to the lower slopes without the hairpins before the thunderstorm hit.

When it came, it came hard! The rain stung on my arms, other cyclists were huddled for cover in bus stops, I was soaked through in barely any time and ended up time trialling back to Aurillac at 23mph. I’d missed my train back and had 4 hours to kill before the next one – I took the decision to cycle back up the train line punching in the names of train stops I could remember from the journey up into the Garmin. I ended up visiting the sleepy villages of Ytrac, Pers and Le Rouget before catching the train back to Aurillac to get the one back to Figeac. 70 miles all in all!

I enjoyed cycling around this region and definitely underestimated the size of the valley sides, they’re a lot harder than they looked on paper beforehand! I’ve ticked off cycling up a French mountain (taller than Ben Nevis too!) as well as cycling in a country with far less traffic than the UK. 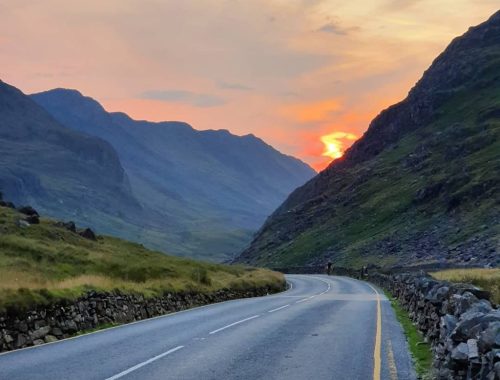 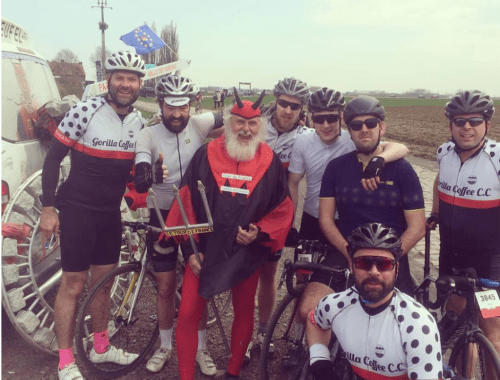 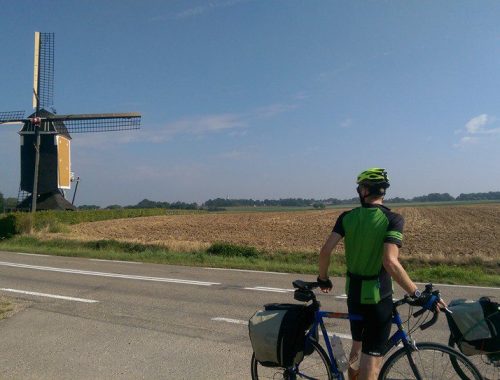