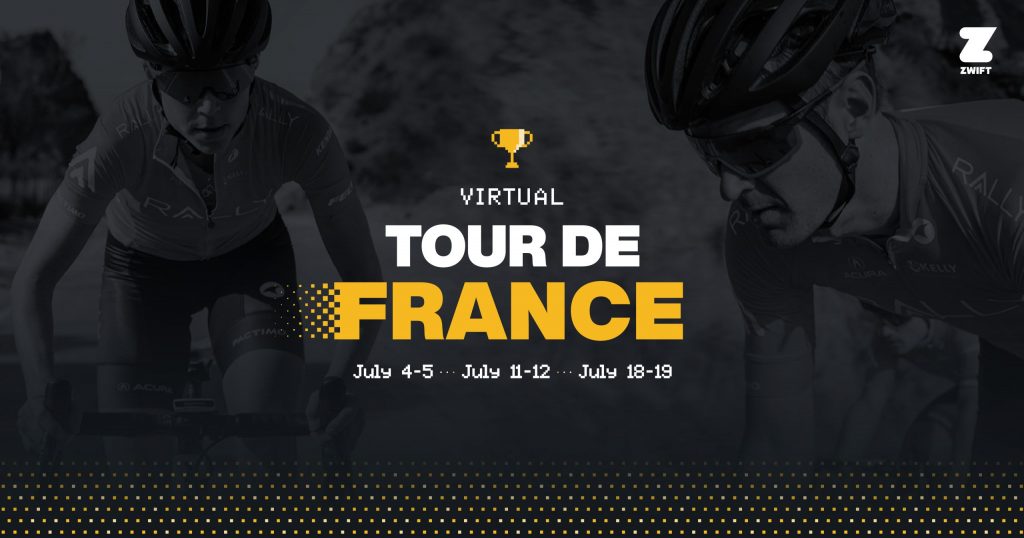 Rally Cycling can never be ruled out. When team members returned home during the pandemic, they kept working. As e-Racing gathered steam, the whole team stepped up and performed. This ability to adapt and seize every opportunity did not go unnoticed, earning the men’s and women’s teams an invitation to participate in the first-ever Virtual Tour de France.

The race consists of six days of racing across the three originally planned weekends of the 2020 Tour de France. Organized in partnership between the ASO, the owners of the Tour de France, and Zwift, the virtual training platform of record for cyclists around the world. It will be the first – possibly the only – virtual Tour de France in history. Naturally, Rally Cycling is thrilled to be involved.

How much does this mean to Rally Cycling?

It means a LOT. A wildcard into the Tour is in greater demand than one of Robin Carpenter’s sourdough loaves on the streets of San Diego. To be invited to participate in the virtual version of cycling’s biggest race – well, that’s a doozy

It’s also a momentous opportunity for the Rally Cycling program, giving the team a huge platform from which to show the world exactly what it is made of.

“This is a huge step forward for our program, men and women combined,” said Aaron. “With the event being televised in over 130 countries, we’re proud to represent our 325,000 teammates, the hardworking employees of Rally, Optum, UnitedHealthcare and UnitedHealth Group who are charging hard with their Covid-19 relief efforts worldwide.”

Naturally, the riders are ready to do battle as well.

Krista Doebel-Hickok was one of the team’s best performers in the recent Zwift Tour For All, thanks in large part to her off-the-chain power-to-weight ratio. She is laser-focused on the next goal.

“From every challenge comes an opportunity for riders, teams and sponsors,” said Doebel-Hickok. “I’m proud that our organization embraces these new and possibly once-in-a-lifetime events. It’s amazing to see the global cycling community – riders, teams, fans, sponsors, and the media – come together with great energy and enthusiasm.”

“The creation of a virtual Tour de France is really important to cycling as a sport,” said Brown. “Just the fact we’re gonna do the Tour de France virtually is totally unique and I guarantee it’ll be fun to watch. I think we’re going to do something big.”

Brown knows there is a big difference between virtual and ‘real’ racing, but that doesn’t mean it gets any easier.

“With Zwift there are really a lot of tactics involved, it’s not just going as hard as you can. There’s drafting, there’ll be attacks and chasing. There’s no recovery at all either, you can’t stop pedaling for a second. I’ve done quite a few of these virtual races now and I feel like I’ve ‘mastered’ it. But we’ll see how it goes either way!”

How does this work?

There will be six racing days, each Saturday and Sunday between July 4 – 19. Stages include two trips into the mountains, two flat courses, and two hilly stages to suit every kind of rider. In addition, Zwift is designing four all-new courses inspired by actual French roads.

Each stage will last around an hour. Unlike a road Grand Tour, however, teams can swap riders in and out to suit the parcours, should they wish to, adding a whole new tactical dimension to the race. Each team will have four riders per stage, with one required to be under 25 years of age.

Where is the race happening?

Zwift’s four brand new French courses including a mountain top finish at the iconic Chalet Renard ski station on the mythic Mont Ventoux – touted as the queen stage of the 2020 Virtual Tour de France. The race’s finale features the famed Champs-Élysées circuit. The stages in full are:

What about the yellow jersey?

At the end of each stage, the first 25 riders to cross the finish line will earn points. Points scored by all riders on a team will be pooled and accumulated over the six stages of the race. The team with the most points will be the holder of the yellow jersey and the maillot jaune will sit on the (digital) shoulders of that team’s designated captain.

The other leader’s jerseys will be present too.

Why create a virtual Tour?

With “real” racing on pause, our athletes can focus on representing the Rally Cycling organization at the top end of elite competition.

The race has been created as part of the ASO’s Tour de France United project, with the main purpose of the event being to raise funds for a group of charitable organizations whose campaigns involve bicycles, in France and internationally.

Rally Cycling’s Virtual Tour de France Primer:
Check out our men’s and women’s rosters
How to watch and stream the Virtual Tour live
What is Virtual Racing?

What is virtual racing? 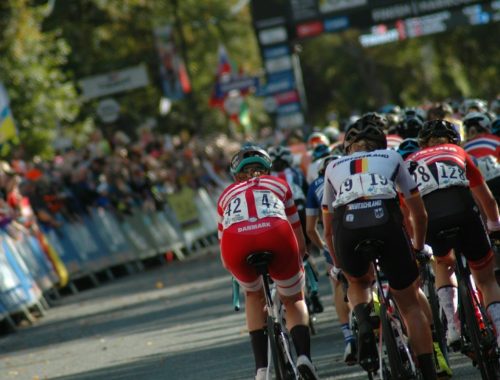 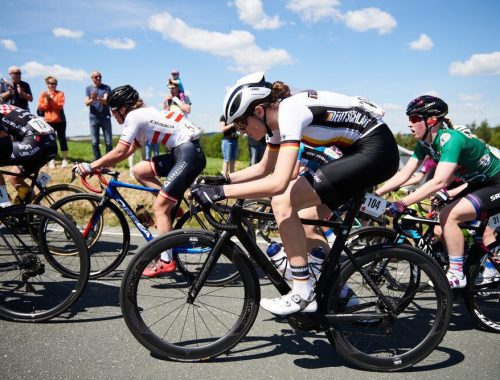 Finja Smekal to join Drops in 2020