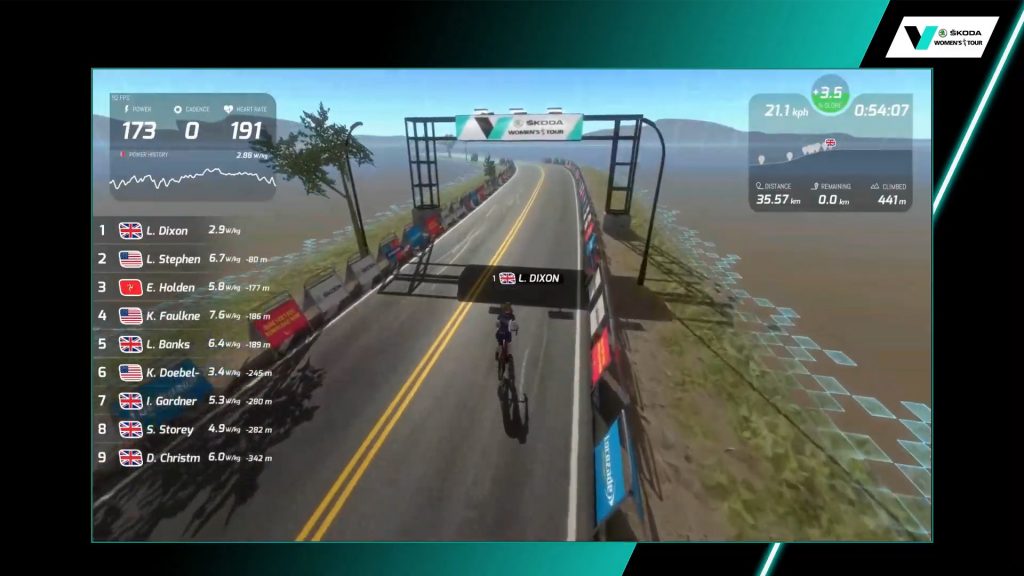 There was disappointment from the start as Rally Cycling’s Leigh-Ann Ganzar suffered a virtual mechanical and never managed to get going. Just like the day before, the racing was tough from the off and the main pack was broken into pieces on the first ascent of the Burton Dassett climb.

Dixon’s teammate Lauren Stephens kicked things off on the second of three ascents of the 1.7km climb. Stephens went clear from a leading group of ten riders, with Dixon bridging across to her at the top of the climb after Stephens used the team radio to ask for help.

The Team TIBCO Silicon Valley Bank tandem at the front was never caught, with teammate Kristen Faulkner threatening to make it a trio of blue jerseys, but her pursuit was marked by Lizzy Banks (Bigla Katusha) and Lizzie Holden (Bizkaia Durango). Banks had attempted to catch the front pair solo but Faulkner marked the move and naturally offered no assistance. Behind them, Lizzie Holden had escaped off the front of a chasing group but they all came back together before the final ascent.

On the final ascent of Burton Dassett Stephens initially forged ahead, but Dixon soon matched and rode clear from her Texan colleague over the virtual cattle grid to take the win.

Behind Stephens, the chasing group splintered as they began to race for themselves. Holden took third, just ahead of Faulker to prevent a podium lockout for Team TIBCO Silicon Valley Bank. Lizzy Banks was a second behind in 4th as the time gaps got bigger and bigger behind them.

“It was just the perfect race. We had talked about it on the team call beforehand, and Lauren had discussed tactics earlier on in the day around what we thought would happen.  We thought we could whittle the group down a bit on the first lap, and then depending on who was in the group on the second lap we would try and go hard to reduce the group further.

Lauren attacked and got a really big gap, and then came over our race radio ‘If someone can come across to me, come across now’ and I just went all in, got over to her and then we just did some really great teamwork.”

Dixon now takes a lead of almost 22 seconds over teammate Faulkner into the final stage, a 35-lap circuit race around Canary Wharf in London, with Holden a further second in arrears, and the current Best Young Rider.

Overnight leader Dani Christmas (Lotto Soudal Ladies) put in a great ride on the final ascent to get across to the remains of the front group, coming home tenth, but almost a minute back on the winner and now sits seventh.

To re-watch the action from Stage Two of the ŠKODA V-Women’s Tour, please click here.

Latest results and standings are available via the Women’s Tour website here.

Looking ahead to Stage 3

The ŠKODA V-Women’s Tour resumes with the third and final stage, a 35 lap criterium around the Canary Wharf circuit in London.

The 35 lap race gets underway at 19:10 BST and will see the first winner of the ŠKODA V-Women’s Tour crowned. It’s likely Leah Dixon holds onto her race lead with no obvious places to attack and gain time gaps.

Live coverage of the race will again be available via the BBC Sport website, app and BBC iPlayer as well as available on the Women’s Tour website, Facebook page and YouTube channel from 19:00 BST on Friday 19 June. 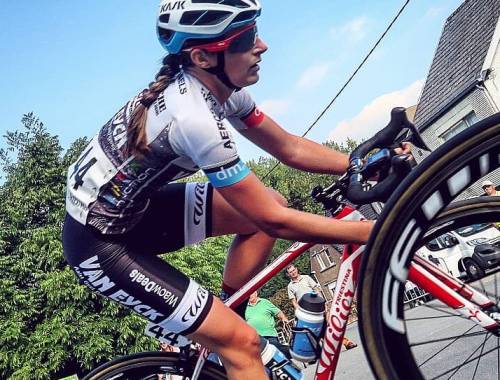 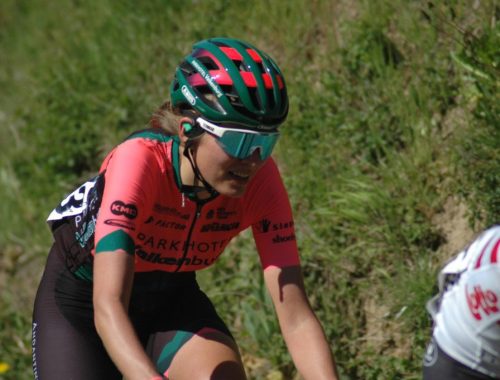