This Saturday’s Milan – San Remo is a beast, 291 kilometres long, it’s one of the longest professional races on the calendar. A relatively flat parcours sees the riders cover a lot of flat ground until the mid-race climb of the Turchino and the final sequence of climbs involving the Cipressa and the Poggio. The Cipressa often thins out the bunch and the Poggio can see either the race winning attack (such as Nibali’s in 2018) or ensure that only the strongest riders are there for the final sprint on the Via Roma.

The obvious contender is a rider who’s yet to win Milan-San Remo, Peter Sagan. He’s managed 6 top-10 results and twice finished 2nd place. With a noticeably more svelte look for 2019, he may be able to expend less effort on the Poggio and break his duck here. Next up are the former winners. Arnaud Demare is always going to be in with a shout if he makes it onto the Via Roma in the lead group. He won back in 2016. 2017 winner Michal Kwiatkowsi has been added to the start list late-on. His best chance is finishing in a small group at the finish like he did back then. Expect him to be around Alaphilippe and Sagan like a shadow. Like Sagan, Alexander Kristoff has finished in the top-10 6 times here. He won the race in 2014, which feels like a lifetime ago. Between Demare and Kristoff’s wins, was John Degenkolb‘s turn to win. He’s not done Milan-San Remo very often in recent years but managed 7th in his last appearance in 2017.

Following on with two non-winners but are also ‘sprinters who can climb’, Sonny Colbrelli has finished no worse than 18th in 6 attempts at this race. He won a stage of the Tour of Oman back in February but missed out in Paris – Nice for the most part. Aussie Michael Matthews has finished on the podium before and was 7th last year. He managed to get a concussion at Paris-Nice recently but avoided more serious injury. Still, it’s a knock to his form.

There are a host of out-and-out sprinters taking part too. They all stand less chance of making it over the Poggio in the lead group than those already mentioned but if they do, the race turns in their favour. Caleb Ewan won the bunch sprint for 2nd place behind Vincenzo Nibali last year. Now on a new team in Lotto-Soudal, he should have more confidence than ever – especially after winning stages at the recent UAE Tour. Fernando Gaviria managed 5th place in the 2017 edition whilst racing for Quickstep. He won 3 times in 2019 already and has a host of top-3s too. In good form and with the Tirreno-Adriatico legs to help the endurance, he’ll be a contender.
Quickstep’s Elia Viviani has finished 19th and 9th in the last two seasons. Another one who will need the race to pan out in a certain way to suit him, if there’s a bunch sprint and no lead rider to also chase down – it will be perfect for him. Dutch rider Dylan Groenewegen has never raced Milan-San Remo before so we’ve got no indicators for how he’ll perform. He has however won 4 races this season to show off his current form. He was the best sprinter in the first two stages of Paris-Nice this week – another who will be in with a huge shout on the Via Roma.

The classics man Greg Van Avermaet is taking part for the 12th time. Even in his best form this isn’t a race he’s an out and out contender for. He usually finishes in the top 25 but lacks that proper sprint to contend with the more natural sprinters at the finish. European Champion Matteo Trentin is someone who can sprint after getting himself over a climb. He’s finished 10th here before and after 4 top-10 finishes at Paris-Nice this week, is clearly in good form. Another man in great form is Asian Champion Alexey Lutsenko. After taking 3 stages on his way to winning the Tour of Oman, he managed 4th in Omloop, 7th in Strade Bianche and then 13th overall in Paris-Nice with another stage win. He’s never raced Milan-San Remo before but he’s had to ignore at the moment.

The final group contains usual GC contenders or Ardennes contenders. Julian Alaphilippe finished 3rd in 2017, losing a close sprint. He’s another in great form with 5 stage wins in 2019, including 2 at Tirreno-Adriatico this week on his way to 6th overall. He has the ability to win Nibali style or Kwiatkowski style. World Champion Alejandro Valverde is impossible to ignore, even if he’s only finished a high of 15th place in his long long career. He’s finished 2nd overall in three different stage races so far in 2019 and shows no sign of the so called curse of the rainbow stripes with a huge amount of consistent high-placings. Surely he’ll managed a new highest position in 2019. Philippe Gilbert has had 14th goes at Milan-San Remo and has 2 podiums for all that effort. He’s another in some decent form after 8th at Omloop and a very good 15th overall at Paris-Nice. He may have to go it alone to win as the sprinters will come past otherwise. 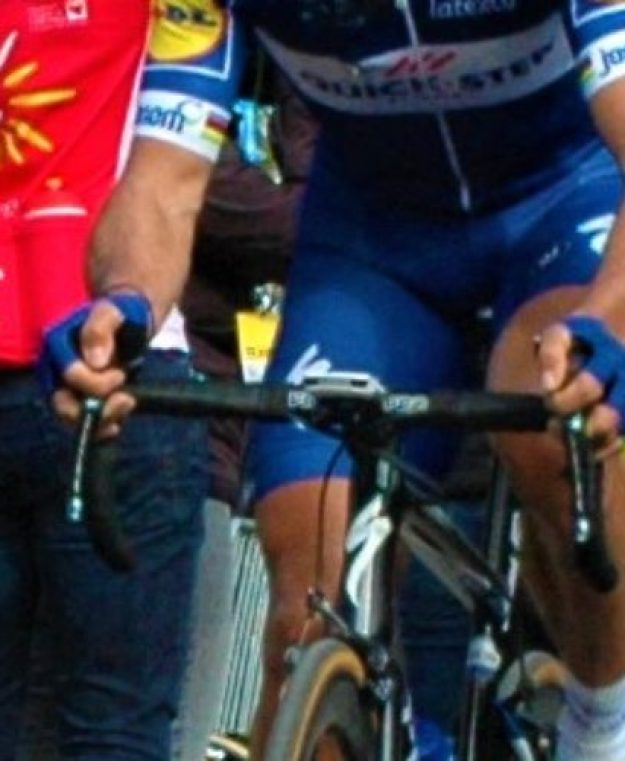 Last year’s winner Vincenzo Nibali is back to try and defend his crown. He’s been racing consistently but has shown no interest in high overall positions in the stage races he’s done, although his consistency still allowed him to finish 15th overall in Tirreno-Adriatico. He will be targeting this race again but it’ll be tough to win it again. GC contender Roman Bardet‘s best chance is in emulating Nibali’s heroic solo effort from last year. He was 5th overall at Paris-Nice, 2nd overall at Tour du Haut Var and 4th/7th places at a pair of French one-day races. He has a chance but surely the peloton will be more awake to the threat this year.

There’s a number of riders here who normally appear in the favourites list above depending on the race. With such a strong line-up at this year’s Milan-San Remo though, they become outsiders.

Trek’s Jasper Stuyven has a top-10 here already but has been working on his sprinting over the Winter. He’s consistently finished just outside the top-10 in most of the sprint stages of races in 2019 so far though and that’s likely to continue here. It’s hard to ignore a rider that’s finished 4th, 6th and 8th in this race but Nacer Bouhanni is having troubles with his team again. He raced the prologue at Tirreno-Adriatico but sat up and finished outside the time limit. It’s hard to know just which version of Bouhanni will be turning up. 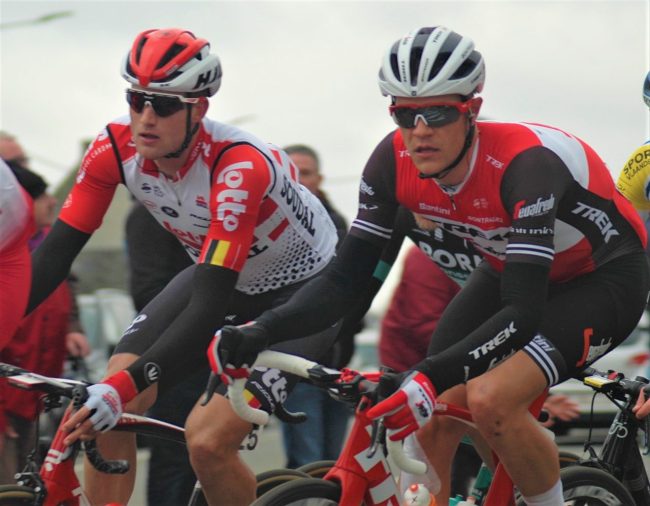 Italian Sascha Modolo finished 14th last year, his best result for 4 years in this race. He’s had a few top-10s this season and if he’s in the front group at the end of the race he may be able to break the top-10. Magnus Cort Nielsen should probably be a contender. He’s finished 8th and 11th before and took an excellent stage win from the break at Paris-Nice. Clearly in good form and with solid results before, he’s less of an outsider than some of the others here.

AG2R’s sprinting hope will be Clement Venturini. Normally he does better in the non-Worldtour races but he managed a 4th and 7th in Tirreno-Adriatico this week. Should he get over the Poggio with the lead group, he should be a cert to improve on his previous best of 67th. I’m half tempted to chuck in Sam Bennett but Sagan will take priority so finally, it’s Matej Mohoric‘s famed descending skills that could aid him if he escapes on the Poggio and see him try to ‘do a Nibali’. He was 17th in Tirreno-Adriatico so has the form to do it.

1st and 2nd break and stay away, then Ewan wins the bunch sprint