Puncheur riders are the most suited to this race. Those endless short, steep, cobbled climbs are designed to sap the strength from legs and most Omloop finishes contain only a handful of riders who have made the cut that day. 2018 saw a large group of 55 riders fail to catch Astana’s Michael Valgren, who won by 12 seconds.

It’s not a race for lightweight climbers who get bounced around too much on the cobbles and nor the pure sprinters find themselves dropped after a number of climbs. Powerful sprinters like John Degenkolb and Alexander Kristoff do stand a chance however.

Omloop is the first of a double-header of a weekend along with Kuurne-Brussels-Kuurne. For the first time I’ll be watching Omloop Het Nieuwsblad in person, so expect some photos on March 2nd – race day.

Greg Van Avermaet is a double winner of Omloop Het Nieuwsblad, winning in 2016 & 2017. Last year he surprisingly finished a distant 50th, unable to close the gap to Michael Valgren and finishing in the pack behind him. Since his big breakthrough season of 2016, GvA has put himself firmly into the standard list of contenders for each race.  He’ll be ably supported by former Team Sky rider Lukasz Wisniowski who was on the second step of the Omloop podium last year. A Polish rider on a new Polish team – it makes sense. If he does his job well then he’ll be outshone by GvA, but if anything adverse happens he’ll be able to perform well.

The Deceuninck-Quickstep charge will be led by Yves Lampaert. The current Belgian national champion has stepped up into a leadership role after a good 2018.  No longer working as much for others, he will want to get more top-10s in the biggest races. He’ll be supported by Philippe Gilbert, who like GvA is a double winner of Omloop Het Nieuwsblad – but way back in 2006 and 2008 when the race was still called Omloop Het Volk. His 5th place in 2018 was his best result since those times.

Jasper Stuyven has never finished lower than 9th in Omloop – a solid record for someone who’s raced here 3 times. Normally he’d be a good shout for the podium but there are question marks over his fitness going into this race after a nasty crash at the Volta ao Algarve this week. He’s luckily managed to avoid a broken collarbone but lost a lot of skin – far from ideal preparation. If Stuyven can’t perform, Edward Theuns will be able to step-up. He finished 6th in 2018, 8th in 2016, and 14th in 2015 (whilst racing for Topsport-Vlaanderen). There’s a chance this upward progression can continue.

Last year’s winner Michael Valgren has moved from Astana to Dimension Data to give them a chance to actually do something in the Spring Classics. After a career season in 2018, it will be interesting to see if he can continue the strong results at a new team. He’ll be supported by a seemingly resurgent Edvald Boasson Hagen who finished 9th Overall at the Volta a Valenciana recently. Unfortunately he left the Volta ao Algarve with an illness, which may put paid to his own race ambitions.

Tiesj Benoot is another who announced himself in 2018 with that epic Strade Bianche win. He has form in Omloop Het Nieuwsblad, finishing 3rd in 2016. He finished 10th Overall at Vuelta a San Juan already this season, in seemingly good form, it bodes well for another good performance here. He’ll be followed by Tim Wellens who already has 3 wins from 6 races this season. In theory he’s a better bet for the Ardennois Classics later in the Spring, but it’s hard to ignore someone clearly flying as they head into Paris-Nice in a couple of weeks. 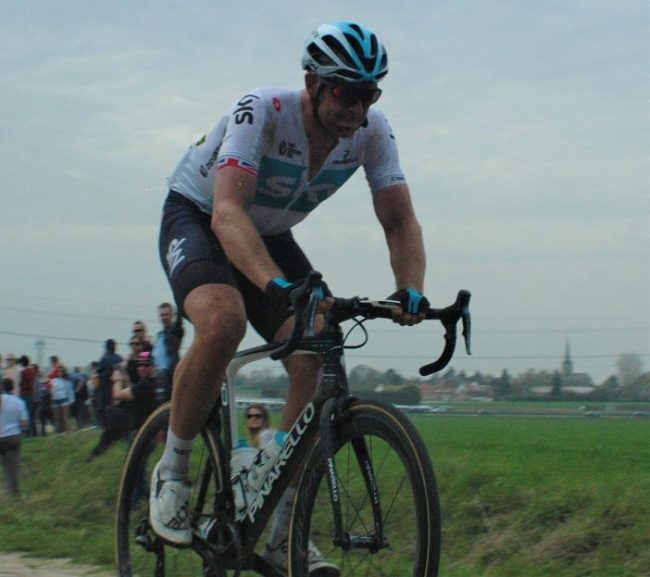 It’s hard to tell who Team Sky’s actual leader is for Omloop Het Nieuwsblad but one of Ian Stannard, Luke Rowe & Dylan Van Baarle will end up performing best. The race numbers suggest Stannard will be the leader, probably a nod to his double wins in 2014 & famously, 2015 against a trio of Quickstep riders. He’s been noticeably not as good as he was in 2017 & 2018 however. Luke Rowe has finished Omloop in 4th, 6th, 9th and 11th places before – all solid results.  He wasn’t able to race here in 2018 after that infamous leg break so will want to make up for that. Finally, Van Baarle won the Herald Sun Tour surprisingly this season. Despite having great results at Flanders, somehow he’s never finished higher than 51st in Omloop – this should change this year.

Sep Vanmarcke has finally won a race for the first time since 2016! He won Omloop het Nieuwsblad way back in 2012 and since then has 4 top-5 finishes. It’s a race that normally suits him, but he’ll need to enforce a break on the Muur de Geraardsbergen to drop the sprinters – otherwise he’ll struggle.
AG2R’s Oliver Naesen is an obvious contender, although Omloop may not be the race that gets his breakthrough win at. Expect him to be in the mix and visible but he may struggle to break into the top-5. Wout Van Aert raced here last year, finishing 32nd and in the chasing bunch. With a stronger team behind him this year, he should be able to improve on that in 2019. Niki Terpstra has left Quickstep and finds himself at Direct Energie. Without the ‘usual gang’ to animate the race with him, he may find it harder to get away and win. A top-10 is more than possible though. 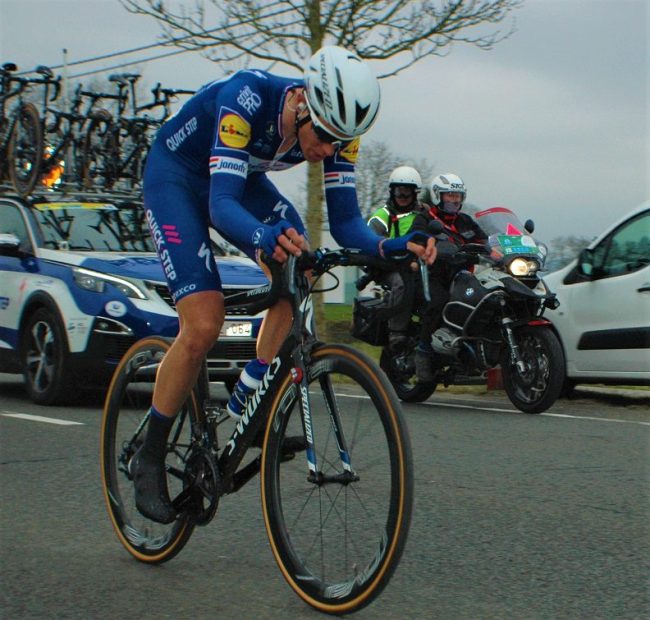 There’s a group of ‘power sprinters’ who can do the many short climbs of Omloop Het Nieuwsblad and perform well. Potentially the new finish in Ninove will suit a sprint finish and I can see the race panning out that way, these guys could very well be serious contenders if they’re not distanced on the Muur.
Demare managed to out-sprint Pascal Ackermann in the Volta ao Algarve this week – Ackermann has never finished Omloop before but is another who will be in the mix if it comes to a sprint finale. Michael Matthews raced here in 2018 but ended up as a DNF – he broke his shoulder in a crash unfortunately. With unfinished business, he’s another on course for a personal best this year.
Sonny Colbrelli already has a stage win to his name in 2019. He finished 8th here in 2018 and is another hoping for a sprint at the end.  Like Demare, if he’s in the lead group after the Muur, he’ll be one of the favourites to win.

UAE’s wonderkid Jasper Philipsen will be racing here for the first time. Only 20 years old, he’s already pulled off a stage win at the Tour Down Under in his first season at a Worldtour team. This Spring should see him score a huge breakout result – expect him to be in this section a lot until it happens!

The Cofidis duo of Christophe Laporte and Hugo Hofstetter could announce themselves as genuine Classics contenders here. Laporte won 2 stages and the Overall at the recent Etoile de Besseges – a sign of some serious form as he won a sprint and a time-trial. His best result at Omloop is 91st in 2016 – but he’s a better rider now. Hugo Hofstetter announced himself a solid One Day racer last season. A run of 9 top-10 results in 10 races through the Spring saw him push up to the next level. There’s a question mark about getting the same results at Worldtour level though.

Wout Van Aert will have Taco Van Der Hoorn working for him – Van Der Hoorn had a stellar Autumn in 2018, winning the Primus Classic and 5 other top-12 results in One Day races. Having made the jump to WorldTour level for 2019, he will be looking to replicate these results.

Finnish rider Aksel Nõmmela is a genuine wild outsider. Only 24, he’s moved from BEAT Cycling Club at Continental level to the Pro-Continental Wallonie-Bruxelles team. 2018 saw him score 17 top-10 results in One Day races, including a win at the Grand Prix Albert Fauville – Baulet. It remains to be seen if he can do the same at WorldTour level – but we’ll see!