After a weekend in Belgium, the WorldTour moves on to Italy, with Strade Bianche taking place on Saturday 9th March. This relatively new classic will see its 13th edition in 2019 – it’s captured the imagination through its use of energy sapping white gravel roads which require strength and good bike handling to negotiate.

Last year’s Strade Bianche saw heavy snowfall happen in the days leading into the race. Thankfully the snow melted but it left thick, claggy roads that gave us a classic race. Tiesj Benoot got his breakthrough win and Wout van Aert announced himself on a road bike, even with that epic bout of cramp on the final climb. Weather conditions are looking much nicer for 2019.

Former winner Zdenek Stybar is an obvious favourite. After his stunning win at Omloop Het Nieuwsblad last weekend, he’s clearly in form and the former cyclocrosser is at home on the tough surfaces at Strade Bianche. He’s finished 1st, 2nd, 4th and 7th – he’s clearly at home at this race. Another rider who did well at Omloop Het Nieuwsblad was Lotto’s Tim Wellens. He finished 3rd last Saturday and also finished 3rd in his only participation at Strade Bianche in 2017. A punchy rider with climbing legs, he should be fine on the rolling hills and the final climb into Siena. 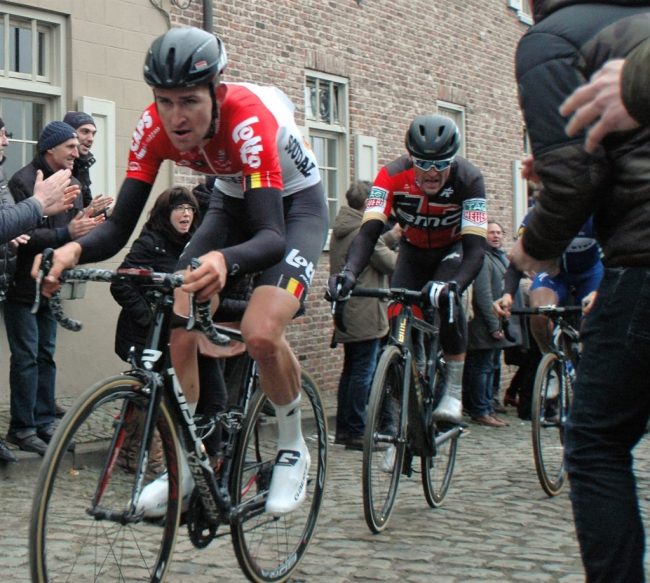 Greg Van Avermaet ended up 2nd in Omloop after being the marked favourite in the final group. He’s come close but has never won Strade Bianche – twice finishing on the 2nd step of the podium. Overall he’s finished in the top-10 6 times here, and in good form is a solid bet for the podium as usual. Astana’s Alexey Lutsenko is in cracking form. He dominated the Tour of Oman with 3 stage wins on his way to the Overall GC victory. He was another one in the final group at Omloop Het Nieuwsblad, ultimately finishing 4th. He’s not got a great pedigree at Strade Bianche, but he’s hard to ignore in his current form. Sky’s Gianni Moscon is one of the home favourites. A genuine all-rounder, he’s finished 14th, 17th and 18th previously in this race. As he gets more experience and has to work for others a bit less, he should be able to break into the top-10 in 2019.

If Zdenek Stybar is unable to stay at the front of the race, Deceuninck-Quickstep have the mighty Julian Alaphilippe to fall back on. If he can make it into the final front group, he’s in with a great chance of being able to sprint past people on the final hill and descend to the finish line in the square as the winner. He’s never actually raced Strade Bianche before though. Wout Van Aert having that attack of cramp as he battled it up the final climb last year was one of the sights of the season. In just his second WorldTour classics race, he more than held his own to finished 3rd. Now on the Jumbo-Visma team and committed to racing on the road, he was a solid 13th at Omloop. The white road gravel sections suit his cyclocross background in a big way. Sunweb’s Søren Kragh Andersen is ill. 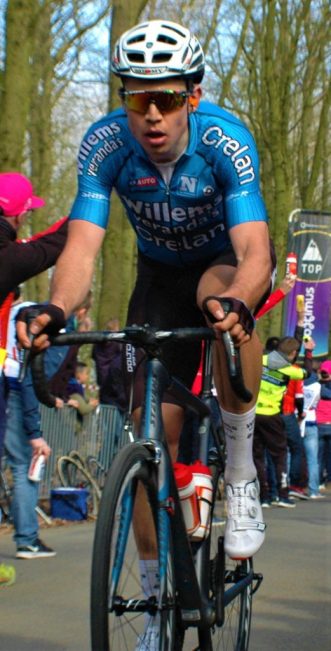 Last year’s winner Tiesj Benoot should once again be in contention – he’s finished 1st, 8th and 8th in his 3 attempts at Strade Bianche. He finds himself lower down on this list after his DNF at Omloop, unfortunate after a solid 10th Overall at Vuelta a San Juan. He’ll work in tandem with Tim Wellens and the race situation will dictate which one will be the leader on the road. Giovanni Visconti is the most experienced rider at this year’s race, with 10 participations. He’s had 3 top-10 finishes and 6 top-20 finishes so should once again be in contention. Now at Pro-Contentintal level with the Neri-Scottoli team, he should be racing for himself rather than helping others for a change. In a similar boat is fellow Italian Daniel Oss, who with no Peter Sagan racing is free to ride for himself. He’s previously managed 4 top-20 finishes, but always whilst helping out a team leader. Let off the leash, he should be able to break into the top-10. 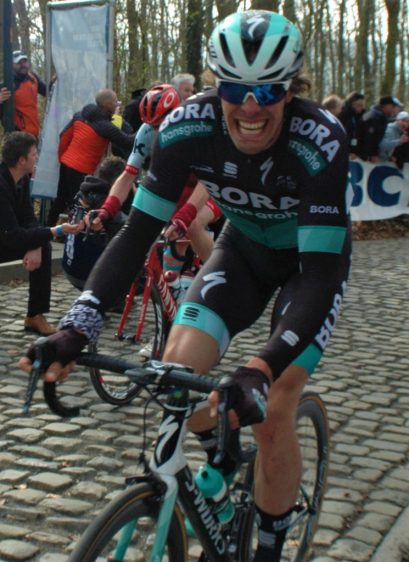 Australian Luke Durbridge managed 6th in Strade Bianche back in 2017 as he went onto have a storming Classics season. He followed it up with a comparatively poor 2018 season however. He finished 4th in the Australian National Champs and won the TT National Champs but had so-so results in Belgium last weekend with a 23rd in Omloop and a DNF in Kuurne-Brussels-Kuurne. He’ll be wanting a return to his 2017 form.

There’s a few riders normally considered for GC contention also in the mix as they build up the racing legs before the Ardennes classics and other stage racing. First off is Vincenzo Nibali who is preparing for a defence of his Milan-Sanremo title. Nibali has finished 15th twice but other than that, fairly average results for a rider of his quality. If he’s in the front group at the end, he’ll be a danger on the final climb. Dane Jakob Fuglsang is in great form, winning the GC at the Ruta del Sol and 6th Overall at the Vuelta de Murcia. He’ll be looking to continue that early form into Tirreno-Adriatico and the Ardennes. He’s finished 11th on his only previous Strade Bianche so has a decent shot at breaking into the top 10. Finally, Bora have the pair of Rafal Majka and Max Schachmann at their disposal. They’re both leading into stage races in Italy and Spain and have never raced Strade Bianche before. With a kind weather forecast, the gravel sections shouldn’t be a huge difference maker like it was last year. They’ll be able to take the climbs in their stride, but may lack some of the punch needed for the finale.

I can see me mentioning Taco van der Hoorn for each of the Spring Classics (as I did last week) until he gets that breakthrough result. He managed 86th and 70th last weekend whilst helping others win. He’ll probably be in service to Wout Van Aert at Strade Bianche too. If he gets a chance to race for himself then he’ll be able to show himself off properly. Jasper Philipsen also falls into that category but did better last weekend, finishing 37th and 24th. He’s on the cusp of becoming the next Belgian Spring Classics hope. On a team with no obvious favourite leader (good riders, just not necessarily favourites here), he may be the rider that makes something happen for UAE.

The Italian pairing of Enrico Battaglin and Alberto Bettiol are punchy riders who could do well. Neither have a particularly good record at Strade Bianche, Battaglin has managed a 31st and Bettiol a 97th. Battaglin managed a 7th place on a stage with a short sharp hill near the end in Oman this year, whereas Bettiol finished 19th in the Cadel Evans Road Race. Bettiol had a woeful 2018 at BMC but now back at the as-was Cannondale team, he will be one looking to get back to his strong 2016 & 2017 seasons.

Lastly, there’s Quentin Jauregui of AG2R. He finished outside the time limit in last year’s brutal conditions but finished 12th in the drier 2017. With similar conditions to 2017 this year, he’s got a chance of replicating that. He finished 4th on the climb to the Hatta Dam on the UAE Tour so has shown some climbing legs already in 2019.