All my posts that mention or include Fabian Cancellara in some way. 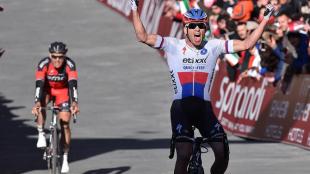 Strade Bianche is Italy’s version of a Spring Classic and a relatively new addition to the calendar. It [...]

2014 Tour of Oman The WorldTour’s trip around the Middle East moves to Oman this week but this race [...]

I’ve been following cycling since I was plonked in front of the Channel 4 programme back in 1997, the [...]