Saturday sees the Women’s WorldTour take on the GP de Plouay or the GP de Plouay – Lorient Agglomération Trophée WNT to give the race its full, catchy, made-up marketing name. There’s been 17 previous editions, with honours shared equally with 5 wins for the Netherlands and the UK. Only 2 previous winner has made it to the race for 2019 though. Last year’s winner and European Champion, Amy Pieters & Slovenia’s Eugenia Bujak.

The parcours sees the riders take on 6 laps of a lumpy parcours before switching to a finishing circuit of 2 laps that’s pretty much the same but cuts out half a lump. Traditionally the race comes down to a reduced bunch sprint of a dozen or so riders and every now and again a single rider gets away for the win.

Boels-Dolmans have brought their usual strong line-up. Last year’s winner Amy Pieters appears to be where their focus lies. She won herself a new European Champion jersey at the start of August which she’ll be showing off here. She’s got a great supporting cast in Chantal Blaak and Anna van der Breggen too. Blaak has been doing teammate duties ever since the Spring so won’t be going for her own result. Van der Breggen, however, was 2nd Overall at the Giro d’Italia. She’s had a relatively quiet 2019, with a couple of great wins thrown in. Pieters can take the best result and van der Breggen can still find herself in the top-10 somewhere too.

Mitchelton-Scott’s Amanda Spratt finished 3rd Overall at the Giro d’Italia 6 weeks ago. She also finished 10th on the 7th Stage which has a similar profile to GP de Plouay. Spratt’s been having a great 2019, normally as a foil for Van Vleuten, but she’ll get to lead this weekend. She’ll be supported by teammate Lucy Kennedy who is in great form herself. She was in the breakaway on Stage 1 of the Tour of Norway and came close to winning the KoM jersey, before finishing 2nd. 6th on the 3rd stage should also give her confidence here as the parcours are fairly similar. On top of that, she’s finished 1st and 2nd in two recent Spanish Klasikoa races at 1.1 and 1.2 level. She could finish higher than Spratt.

Depending on how the race plays out, ParkHotel Valkenburg have a couple of options. Sofie De Vuyst will be more suited to a small group sprinting for the finish. She finished 2nd at the Flanders Ladies Classic 2 weeks ago and 3rd at the Erondegemse Pijl. She’s been doing better at 1.1 level in 2019 compared to the Women’s WorldTour but she should be a solid top-20 or higher. Demi Vollering was 3rd on the queen stage of the Tour of Norway recently but lost too much time in the echelons beforehand to finish highly on GC. 11th on La Course (Tour de France…kinda not) and 5th on the aforementioned Giro Stage 7 will give her confidence on this sort of parcours. She’ll be outsprinted by others though.

I’ve been down on Coryn Rivera for most of 2019 but she’s managed to find her form during the Summer with 5 podiums in 9 races. 3 of these have been at WorldTour level too. She seems to have no ill-effects from her tumble at the Tour of Norway either. With no Vos, Wiebes or Bastianelli here, she’ll find herself the favourite if the race comes down to a bunch sprint.
Sheyla Gutierrez finished 7th on Stage 1 of the Tour of Norway, being outsprinted by a host of riders who mainly aren’t here for the GP de Plouay. She did well to finish in the 2nd group on the road at the super-windy European Championships too, again being outsprinted by others on her way to 12th place. A small finishing group will suit her but top-10 is realistic.

Ale’s Soraya Paladin is someone else who got caught out by the echelons at the Tour of Norway before finishing highly on the queen stage. She’s been getting similar results to Demi Vollering in fact – 8th at La Course and 6th on that Giro Stage 7. Her 7 stage top-10s across the whole of the Giro d’Italia shows a rider in form but probably not a winner. Paladin should be good for a solid top-10 in Plouay. Someone who didn’t fall foul of the echelons! Paladin’s teammate Chloe Hosking has a better sprint and after a quiet time since the Spring, has come back into form. She’s had 4 top 10s in the last 2 weeks across Norway and Sweden, peaking with a 2nd place. At her best, she could be in the mix at the end.

Valcar have their usual double threat in Elisa Balsamo & Marta Cavalli. Like other teams, one is very much the sprinter threat and the other is there poised to take advantage of a tough race. If the peloton stays together and Balsamo can make it in the front group at the end, there won’t be many capable of out-sprinting her – it’s a big if though. Former Italian champ Marta Cavalli was 6th last time out in Vårgårda, mixing it with the likes of Vos, Wiebes, Hosking and Pieters. She probably doesn’t quite have the sprint of other riders but a top-10 would be a great result.

Elena Cecchini was 2nd in that European Championships, losing out in the sprint after being in a long long breakaway of 3 riders. She’s been a bit unlucky other than that, crashing out of the Women’s Tour of Britain after finishing 4th the day before. She also DNFed the road race at Vårgårda before having a very quiet Tour of Norway. When she’s on it, she’s a genuine contender. Fellow Italian Elisa Longo Borghini has been doing well in 2019. 10th Overall at the Women’s Tour of Britain, 8th Overall at the Giro d’Italia, 6th at La Course are all great results. She’s someone who’ll be wanting to escape a bunch finish by making it tough for others beforehand.

CCC’s Ashleigh Moolman DNF-ed the African Games road race this week, a couple of days after winning the time trial. She’s another who has been in great form, winning one of the Klasikoa races I mentioned earlier. 5th at La Course and 4th Overall at the Giro d’Italia are great results with Marianne Vos also racing on the same team. It’ll be interesting to see if the travel from Morocco this week will have any effect on her form. Finally, TIBCO’s Alison Jackson had a bit of an iffy time in Sweden and Norway recently, finishing lowly at Vårgårda before DNSing the Tour of Norway. Just before then, however, she’d won a stage at the inaugural Tour of Scotland and 2nd Overall. Hopefully, the Scandinavian experience was just a short illness.

BTC City Ljubljana’s Eguenia Bujak is one of 2 former winners in the 2019 GP de Plouay, she won back in 2016. She had a solid Tour of Norway with a best placing of 9th, 14th at Vårgårda and then 4th Overall at the Tour of Scotland. There’s definitely some good form there but she’s an outsider for the top-10 in 2019 who could come good. Lotto’s best shout appears to be Julie Van de Velde. She won the Flanders Ladies Classic 2 weeks ago and was 8th Overall at the Tour of Scotland. She’s quietly had a very solid 2019 without a super result until recently.

Trinidad’s Teniel Campbell gets to race for the mixed WCC Team. She finished 5th in the Flanders Ladies Classic, a couple of 2nds in the Pan American Games and 1st Overall at Kreiz Breizh Dames since the start of August. She also finished 5th at Nokere Koerse early in the season. She just needs to get a similar result at the WorldTour level. And lastly, Thailand have brought a women’s team which contains Jutatip Maneephan. She does well at races in Asia, 2nd Overall at Chongming Island and winning the Women’s Tour of Thailand. She was 4th in a stage at Kreiz Breih Dames and 17th at the MerXem Classic in European races – she’s an outsider to come good at WorldTour level with a packed field. 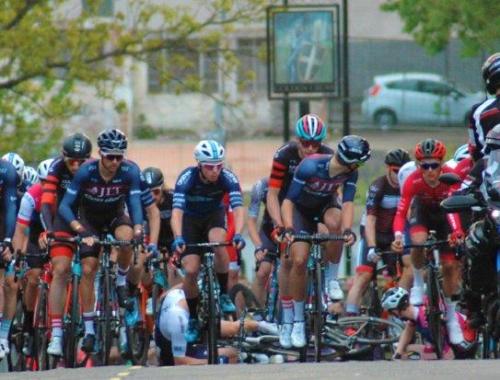 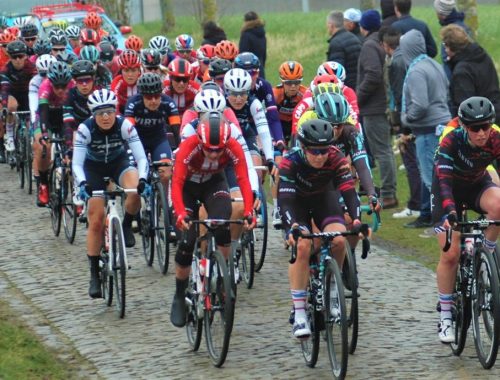